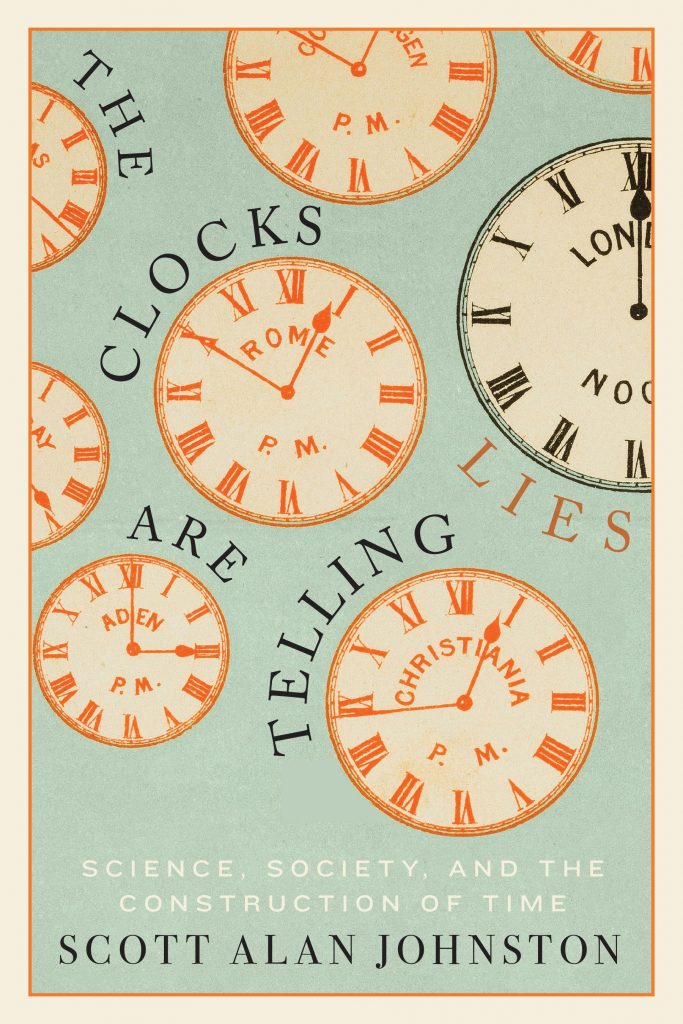 Available Now: Scott’s first book, “The Clocks are Telling Lies,” tells the story of how astronomers and engineers convinced the world to switch from local time to a single universal timekeeping system that spanned the globe. Get it now at McGill-Queen’s University Press.

About “The Clocks are Telling Lies:

Until the nineteenth century all time was local time. On foot or on horseback, it was impossible to travel fast enough to care that noon was a few minutes earlier or later from one town to the next. The invention of railways and telegraphs, however, created a newly interconnected world where suddenly the time differences between cities mattered. The Clocks Are Telling Lies is an exploration of why we tell time the way we do, demonstrating that organizing a new global time system was no simple task. Standard time, envisioned by railway engineers such as Sandford Fleming, clashed with universal time, promoted by astronomers. When both sides met in 1884 at the International Meridian Conference in Washington, DC, to debate the best way to organize time, disagreement abounded. If scientific and engineering experts could not agree, how would the public? Following some of the key players in the debate, Scott Johnston reveals how people dealt with the contradictions in global timekeeping in surprising ways – from zealots like Charles Piazzi Smyth, who campaigned for the Great Pyramid to serve as the prime meridian, to Maria Belville, who sold the time door to door in Victorian London, to Moraviantown and other Indigenous communities that used timekeeping to fight for autonomy. Drawing from a wide range of primary sources, The Clocks Are Telling Lies offers a thought-provoking narrative that centres people and politics, rather than technology, in the vibrant story of global time telling.

Praise for The Clocks are Telling Lies:

“With the rising interest in doing away with summer time shifts, The Clocks are Telling Lies highlights some of the issues with converting back to standard time and provides readers with a better appreciation of how change in times will impact and be received by society. A valuable reference book on a challenging topic.” – Randall C. Brooks, VP Emeritus, Ingenium Canada

Scott is a science writer at the Perimeter Institute for Theoretical Physics, and writes space and astronomy news for Universe Today. If you’re looking for his academic work, you can find a full list of his publications here.

“The Railroad and the Invention of Standard Time.” Roundhouse Crosstalk Podcast. Interviewed by Jake Jennerjohn.

“Hours to discover: Researcher studies how time really did get away from people.” McMaster Daily News. Interview by Matt Terry.

“The Origins of the Boys and Girls Scouts.” WBEZ 91.5 Chicago. Worldview. Interview by Jerome McDonnell.

“Archival Research and the Boy Scouts.” Society for the History of Children and Youth. Guest Blog Post.